Since December last year, we’ve been making a lot of investment into the Microsoft Remote Connectivity Analyzer site. If you’ve used the website in the past couple of months, you probably saw the website has had a face lift with a modern UI for all pages as well as that we added the ability to switch languages/locales at any point during your connectivity testing. While these are exciting changes, we have been quietly working away on a huge functionality improvement. We’re thrilled to announce that our Office 365 tests now have modern authentication capabilities!

In the past, customers would have to run tests by temporarily exempting an account from modern authentication (if it was possible) or simply had to engage Microsoft support since there wasn’t a good workaround for connectivity testing.

For the O365 tests, Modern auth will be selected by default, but you can opt to use basic auth wherever needed: 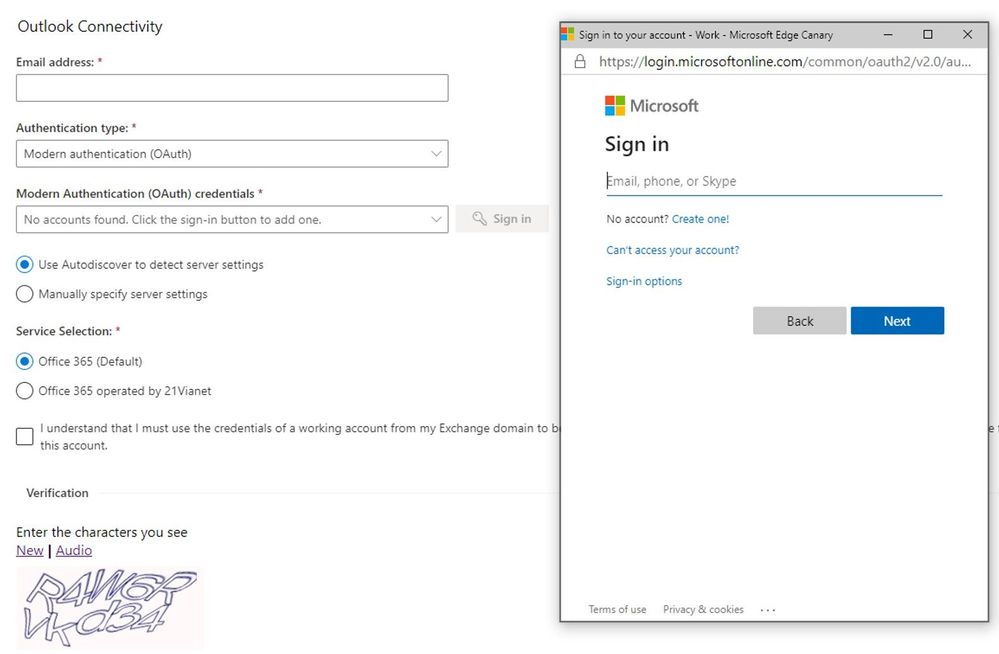 The two tests that still don’t support modern auth are POP and IMAP tests. In the coming months, we intend to light up modern auth capabilities for more tests so stay tuned for more Microsoft Remote Connectivity Analyzer updates.

Let us know in the comments what tests and features you’d like to see in the future releases!