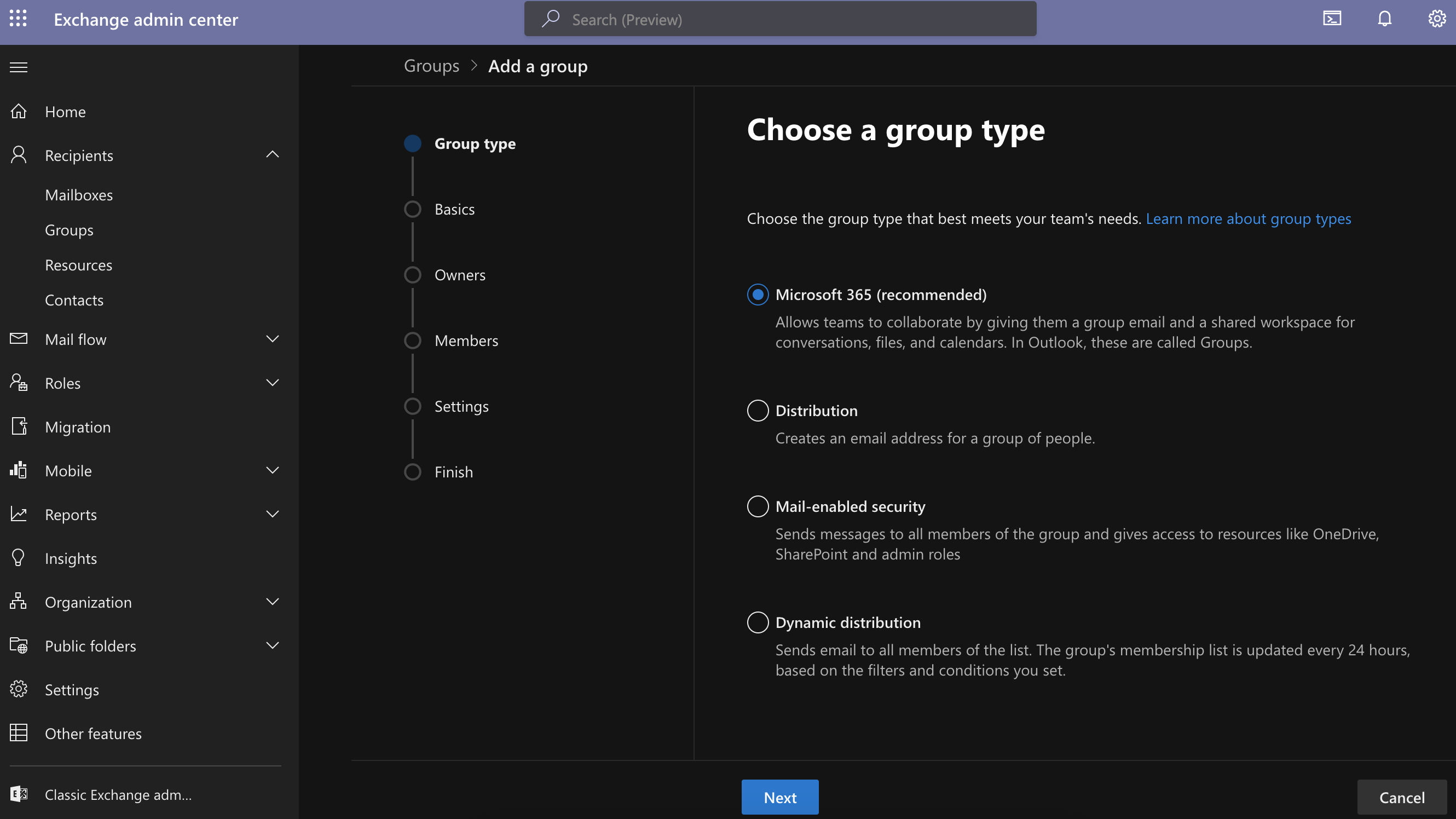 When Microsoft 365 Groups were launched as a collaboration tool, we introduced a feature in the Exchange admin center and PowerShell to migrate existing distribution lists (DLs) to Groups. This feature was designed to provide continuity for DL users and to enable continued collaboration without having to make new groups from scratch.

As Microsoft 365 Groups is now a mature feature, we are deprecating the feature for migrating DLs to Groups. The deprecation will happen on February 1, 2023. 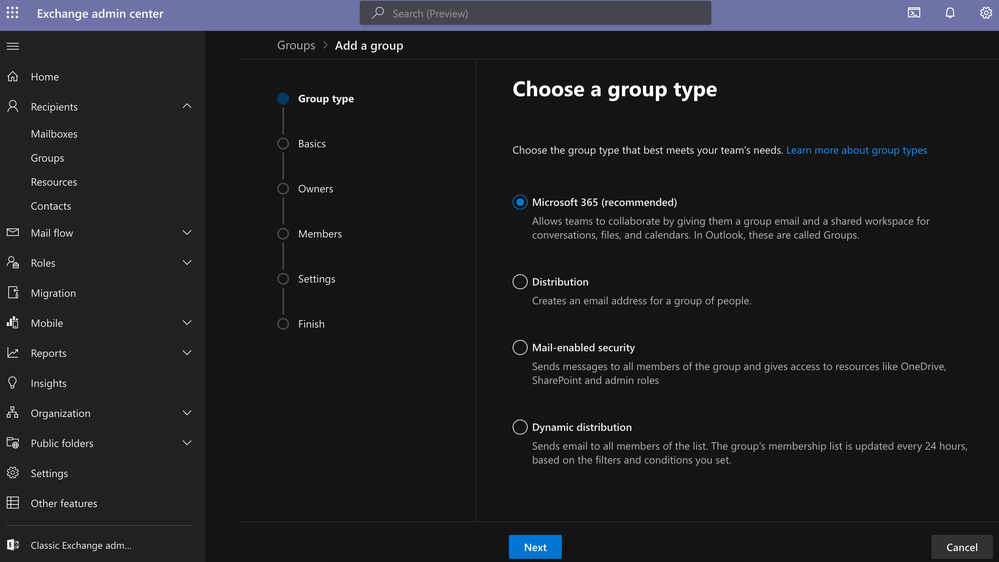 As Group owners, assign the owners of the DL that you are trying to convert, and do not add and group members at this point (unless the original DL has just a handful of users).

Next up, use the Azure Active Directory (Azure AD) portal to export the members of the original DL to a CSV file.

In the Azure AD portal, add members to the tmpGroup using the CSV file downloaded in step 2 (adjust the file format according to the sample provided).

Once the bulk import has completed, use the Exchange admin center to delete the original DL and then update the name, email, and alias of the tmpGroup to replace the original DL.